Native Ad Unit/widget may consist of one or several ad units. Ad unit is a picture with a short text describing publicized good or service. Dimensions of native ad units/widgets are usually similar to dimensions of prevalent banners, which is why they may be placed on the majority of websites.

With the text covers up an image

With the text over an image

Consists of an image and text over it

Consists of the text, title and a link to the advertiser’s website

Stretches across the entire width of the page

Attached in the footer

Native Ad Unit is placed in the footer of the page, scrolls along with the page

Lies as a new web browser window, hidden under the active window and displays ad units

Widget with a 'wave' effect

A sliding row of ad units which reminds of a slow film shots change, thus creating a 'drum' effect in the widget

A floating vertically oriented ad type, which appears in the right side of the page after opening

Slimmed down version of online display ad that would appear on a desktop screen. Lies over the content website. May be shut down immediately. Otherwise will be shown to the visitor during a chosen time-period 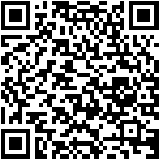 Widget hides a panel with additional ad units, which appear after the visitor mouse over the main ad unit

Vector graphics allows to obtain animation effects even in the small sized banners. Flash-banners look much more attractive than gif or jpg.

Is a quite pleasing and presentable in appearance ad unit. Is always placed on the footer of the screen. Mobile ad unit is a great solution for sites with both mobile and web traffic. Since it's possible to turn any web ad unit into alternative mobile ad unit.